I try not to think about him like this, poised above a huge hole in a rapid.  But I can't help worrying about the danger he faces on his trip.  This is something Jeremy lives for, though. He wouldn't be who he is without the river. 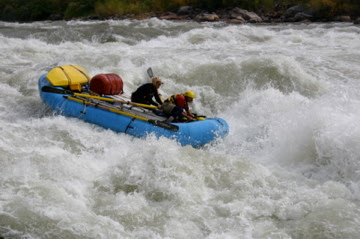 Last time Jeremy went down the canyon, he had no incidents or injuries, but he caught some unknown virus right before coming home and became very ill, the same week another recent canyon adventurer died from catching the plague (yes, literally the plague) from an animal carcass.  Turns out Jeremy didn't have the plague, nor did he have anything else they tested him for, and he eventually got better on his own.  That just goes to show you that the things you worry about are often not the things that go wrong.  But this time, keeping fingers crossed, we will get our man back with nothing more than a relaxed attitude after his weeks away from "America."
Posted by Isiik at 9:12 AM 1 comment: 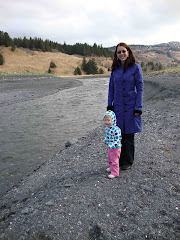